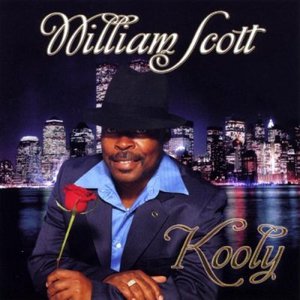 SmoothJazz.com Founder and President Sandy Shore said, ?When I first heard ?Twelve O Five,? I immediately thought of how amazing it would sound with a fresh makeover from funky bass man Brian Bromberg... so I asked Brian if he'd be into it and he said that he loved the track... then I asked William, if he was open to it and he said yes... so after a few weeks of studio Mojo, some hot L.A. sidemen and we have a killer new version! This tune is perfect for stations that lean towards urban and soulful.

. as well as for Smooth Jazz radio that plays Jeffrey Osborne, George Benson and Luther Vandross.?

Growing up in Ft. Lauderdale, Florida, it became apparent at an early age that William was extraordinary. By the age of eight, he was already performing in his parent's Gospel group ? Voices of Faith. After graduating High School, William went into the Military where he served for six years including two overseas tours. William's final tour was served in Berlin, Germany where he enjoyed a very successful musical career getting a ton of work as a studio musician in addition to forming his own band. However, after he was told he sounded ?too American,? he decided it was time to come home.

William continued his incredible musical journey placing second in a national song writing contest (1987) for ?Count 2 3? and then won Musician's Magazine Best Unsigned Artist in the R&B category (1989) for ?Tell Me If U Like It Later.? He has recorded with such artists as Joss Stone providing background vocals on her second record and performed with the Grammy Nominated Florida Mass Choir as their bass player on two of their annual Gospel Music Crusades. In addition to his extensive musical career, William exercised his silky voice in the world of commercial voiceover work and three of his musical tracks were used in the documentary ?Making the Tracks? which featured a narration by Danny Glover.

William's biggest musical influences are Larry Graham and Gospel and some of his favorite musicians are Gladys Knight, Peabo Bryson, Earth, Wind and Fire, and Luther Vandross. When asked who he would most like to perform with at this stage in his career, he immediately replied ?Stevie Wonder or Quincy Jones.? This incredible bass player takes you to the heights of ecstasy with his luscious stylings and compelling compositions. Wearing several hats, William is a renaissance man whose talent spans beyond musical instruments to supreme vocals and lyrical genius.

Who's Afraid of William Scott?