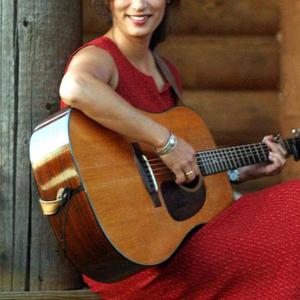 As Wil Maring sat for long summer hours as a teenager at her family's roadside vegetable stand, picking out self-made tunes on her Sears guitar to pass the time, she never dreamed of the path she would one day follow. Wil has become a highly acclaimed songwriter, a previous winner of the prestigious Chris Austin Songwriting Contest at Merlefest, and has appeared on the Grand Ole Opry with her original music, in addition to touring extensively in Europe and Japan. She honed her songwriting skills playing music professionally in Europe with her group Shady Mix.

Wil Maring and virtuose guitarist and fiddler Robert Bowlin have been recently combining talents to create beautiful original acoustic music which straddles the fence between bluegrass, folk and country music. Wil's beautiful airy vocal style and heartfelt lyrics have raised the eyebrows of the acoustic music world in recent years with the release of her three solo cds and four band cds with her band Shady Mix. Robert, a two-time National Fingerpicking and Flatpicking Guitar contest winner, has been a band member with legendary artists like Bill Monroe, Maura O Connell, Kathy Mattea, the Osborne Brothers, and many more. their music will leave audiences spellbound long after the show is over. For bigger venues, Wil sometimes appears with whole band, Shady Mix, which includes instrumental lineup of upright bass, fiddle, mandolin, and sometimes banjo.

The Turning of a Century

An Ocean From Home