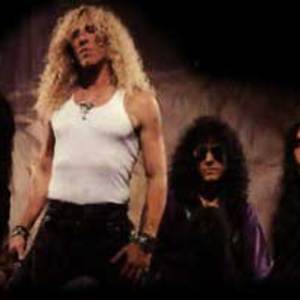 There are (at least) 3 bands by that name. The first one existed from 1975 to 1977 Widowmaker were a British hard rock group, who were active from 1975 to 1977. They were considered by many to be a supergroup and released two albums. Although their influences appeared to offer vast creative possibilities, musical and personality differences lead to their break-up. The legacy of Widowmaker is captured on the compilation Straight Faced Fighters (2002) released by Castle, which contains tracks from both of their albums.

A few months after they had begun rehearsing at Emerson, Lake & Palmer's Manticore Studios in London the quintet were signed to Jet Records owned by Don Arden. A single release "On the Road" followed, in February 1976 and their debut album Widowmaker was released in the same year. The line-up for the "Widowmaker" album was augmented in the studio by vocalist and guitarist Bobby Tench from Streetwalkers and hammond player Zoot Money. Widowmaker reached #196 in US and featured an eclectic mix of blues, country, folk and hard rock.

Widowmaker toured the UK with Nazareth and in June 1976 they took part in a series of nationwide stadium all-day concerts under the name of The Who Put The Boot In alongside leading rock acts such as, Little Feat, The Sensational Alex Harvey Band, Streetwalkers and The Who, who were the headline act.

Ellis left the band after a tour of North America with Electric Light Orchestra and was replaced by vocalist John Butler and the band recorded their second album Too Late to Cry. Daisley joined Rainbow and Widowmaker broke up only months after the release of Too Late to Cry (1977).

Stand By For Pain

Too Late To Cry (Vinyl)