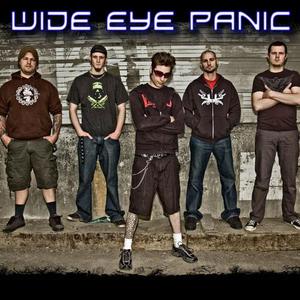 Wide Eye Panic is an Alternative Metal band. Formed in 2003 they hit the scene in Seattle running and enjoyed every moment of it. After many lineup changes they are now solidifying their style and sound. Original members consist of Mark Mauer (Bass), Aram Wheeler (Vocals), and Andrew Kuhn (Drums). Guitarist Randy Bebich has been with then since 2006 and guitarist Karl Penn with them since 2009. They have done a bit of touring, yet find that becoming homeless is not an option as the music business today is quite a joke ! In 2010 they signed with well known Indie label Bieler Bros Records.

They also made it to SXSW in Austin TX in 2010. Since 2003 they have released 2 albums. 2005 "Distorted View" and 2010 "Modus Operandi". Both another stair step in creating their perfect sound. They have been in the studio currently (2012) creating a much anticipated 3rd Album - The band believes it to be their best work to date. Yet, with no release date in site, it may be a while until the world hears this Gem!!