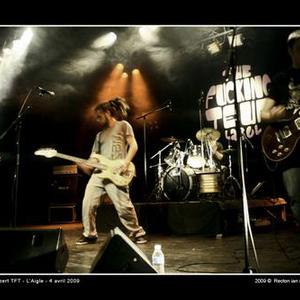 Why Not? is one of the most interesting bands in today's scene at Buenavista rehearsing rooms, the neuralgic center of San Sebasti?n's new punk rock. The band was formed by David, Guti y Charlie, just as a pastime, opposing to their other, more serious and/or rewarding projects. With the arrival to the band of Jorge Reboredo (who was playing until then with Nuevo Catecismo Cat?lico, with whom he recorded two albums) we first heard of the band's excellent work, first in a demo tape and then in their split single with Disc?pulos De Dionisos released on No Tomorrow in the summer of 1995.

Why Not?'s sound could be described as melodic punk rock, but that label would be inadequate to cover their spectre of influences, ranging from '70s hard rock to '60s pop, in addition to HC and '77 punk rock.

Because all of its members play in other bands, Why Not?'s trajectory is slow, and in spite of their live performances (that rank among the best in spanish punk scene, with those of their pals NCC and Se?or No), the band seldom plays live. During '96, and after winning a rock concert at their hometown which got them the release of a 4-songs CD, Jorge left NCC to concentrate in Why Not?, and towards the end of the year the band, now a trio, recorded its fantastic first LP. Jorge gives an unforgettable lesson on production (let's remember his previous work with Shock Treatment or DDD), the songs are amazing, and everything's in place: what we have here is one of the best records to come from Spain in lots of years.

"Why Not? plays absolutely catchy '70s style punk rock/pop with guitar hooks to kill for - not unlike the Saints. Ffffffucking excellent." (KK, Maximum R'N'R)