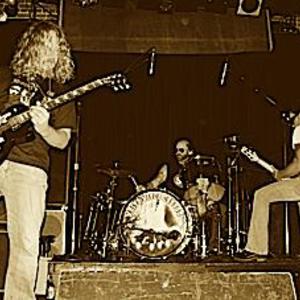 Ex-Greenhouse Effect singer/guitarist Eric ?Lando? Hagen formed White Witch Canyon in '07 and released their self-titled debut in '08. From the way the stun-guitar of ?The Witch? kicks in, it doesn't leave much doubt that White Witch Canyon are anything but unexpurgated Stoner Rock. There's no ?Post? anything here ? it's overloaded low-end, pedal-powered distortion in both riff and solo and Lando waxing prolific on getting high with witches, androids and broke-down starships. It's no-think heavy rock n' roll that doesn't pretend to be anything else.