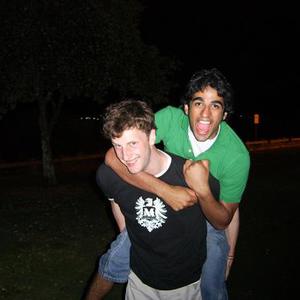 - White Chocolate acoustic/indie rock band that was formed in Newcastle, Australia in 2008. The band consists of Arvind Raja and Phil Dean who met at Merewether High School in 1999. During their school years they were members of well known local bands such as Deadpan and Servicing the Debt. After leaving school in 2004 the two went to seperate Universities in different parts of the country but continued to share their musical vision online, this led to the creation of their first single 'Melt My Chocolate Heart'. White Chocolate is currently working on a debut album.

- White Chocolate is also the pseudonym of musician Drew Danburry that he used early in his career.

- White Chocolate is also a Connecticut based outfit that came together in 1971, after ending their time as the backing band for both Buddy Miles and Arthur Lee. White Chocolate soon dominated the east coast circuit and soon came to the attention of RCA Records, who promptly signed the band and issued their self-titled debut in 1973. Though the album contains some enterprising material, poor promotion resulted in stiffed album sales which eventually killed the band's contract with RCA and ultimately the band itself. The prinicipals of the band quickly regrouped in 1975 under the newly dubbed Dirty Angels and eventually went on to issue two cult classics before imploding at the close of the decade. Members later went on to acts like Joe Perry Project, Farrenheit and Slo Leak.