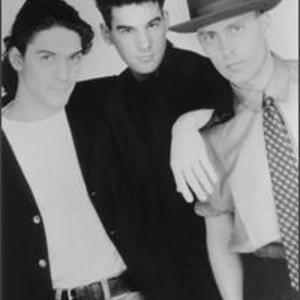 When In Rome is a synthpop group. It was initially made up of Clive Farrington (vocals), Andrew Mann (vocals), and Michael Floreale (synthesizers). They are best known for the single "The Promise", which reached #1 on the Billboard Dance Chart in June of 1988 and also peaked at #11 on the Billboard Hot 100 later that year. Despite widely successful touring, the trio split in 1990 over their musical direction, having only released their self-titled debut album. Since the mid-2000s, two groups under the When in Rome name-- one featuring Floreale and another with Farrington/Mann-- have toured.

Initially Farrington and Mann were in the locally active, Manchester, England-based group Beau Leisure. Farrington, and Mann then went on to form "When in Rome" at the same time that Mann re-located to London from his Manchester home. Mann tirelessly traded the When In Rome demo of The Promise along with other tracks around the entire A&R Departments of all the major labels and eventually A&R man Simon Potts (Electra) signed them to an undisclosed deal. Simply Red were signed to Electra at around the same time and for some reason Electra decided to close their London offices. Unable to deal with the time difference between the UK and the US when dealing with Electra, WIR decided to change labels and were signed instantly to Virgin U.K. subsidiary 10 Records by A&R guru Mick Clark.

Producer Ben Rogan (who had worked with Sade) and Richard Burgess (Five Star, Living In A Box) took special interest in the trio's "The Promise," issued first as a 12" dance disk. When the song became popular hitting the top of Billboard's Dance Club Play chart, Virgin ordered an album. "The Promise," remixed, was the first single from their self-titled debut album. It was an instant success barely missing the Top Ten in the United States peaking at #11. Months later the trio reached Billboard's pop chart's lower reaches with "Heaven Knows" (#95, 1990).

Clive Farrington and Andrew Mann are still writing and performing as When In Rome since 2008. Michael Floreale, taking in musicians Rob Juarez and John Ceravolo, has written and performed as When in Rome since 2005. A reunion of the original line-up has been ruled out by Floreale.