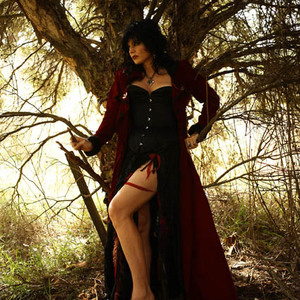 Wendy Rule has firmly established herself as one of Melbourne's most uniquely gifted and prolific artists. Her music is a passionate union of her incredible voice ? moving from soaring heights to intimate whispers ? and her beautifully dark and visionary lyrics. Wendy's live performances draw on her love of ritual and theatre, enticing her audience into an otherworldy realm of power and Magic. After years of local shows and national tours, Wendy's music is now being recognised internationally.

She has recently returned from her 7th tour of the USA, and has also performed in France, Germany, England and Scotland.

Meditations on the 4 Elements