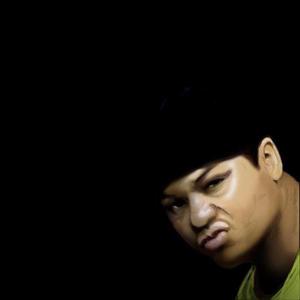 I was a good kid. My parents, who hailed from Trinidad and Tobago, raised me and my older brother in the Flatbush section of Brooklyn. I was actually the first member of my family to be born an American citizen. We were never rich, but I remember Christmas' when it seemed like we were. My parents argued and fought but always made up. When I was six years old my folks had a huge fight and my Mom kicked my Dad out. My brother stayed with my mother and I moved out with my dad.

Despite their differences, my parents maintained a civil relationship; it's just too bad I had to take that trip back to bachelorhood with the old man. We moved so much that it seemed like every school year we had a new address. My mother was a small business owner and her schedule made it hard to really keep an eye on my older brother. His lack of adult supervision inevitably led to his delinquency. When he was just sixteen years old, the state of New York charged him as an adult for murder. He is now serving a 20 to life sentence. A few months before he was arrested my father and I moved to North Carolina, but my brother refused to join us. Ritually I would return to Brooklyn for summer vacation and for school holidays to visit my mother. One Christmas Eve a needlessly devastating argument resulted in my running away from home. This would be the last time my mother and I would ever speak face to face. She passed away the following spring.
-------I wrote my first song when I was twelve years old, and even at an early age I wanted to be an entertainer. I loved music but I also dabbled in theater, performing in several school plays. I started getting serious about my music when I was about fifteen. The death of my mother added fuel to my already undeniable hunger to be a successful Hip Hop artist. While most of my classmates were applying to universities, I was sending demo tapes to record labels. I moved back to New York City to pursue my dreams of being a big time rap star, but within six months I was arrested twice and placed on probation. It was my father who convinced me to move back to North Carolina and after a year of working dead end jobs I finally decided to go back to school. Hence I moved to Orlando, Florida where I would study, work and live for the next three years of my life. The Central Florida Hip Hop community embraced me as one of their own and the local Hip Hop radio station, 102 Jamz, even played my music on the air. There's no doubt that my short stay in Florida had a profound and lasting influence on my recognizably unique approach to creating music.
-------I could always rap, but my limited access to production equipment was always a problem. When I met up with 7djs Productions, an ill production crew out of Buffalo, NY, my prayers were answered. Unfortunately they lived in New York and I lived in Florida. I decided to relocate in order to be closer to my production staff. Upon my arrival I immediately attacked the New York City Underground scene, ripping it any and every open mic I could find. I grabbed hundreds of flyers from record shops, clothing stores, and night clubs, and would sort through them only keeping the ones that promoted free admission or an open mic.
-------Some of my first performances took place at the End Of The Weak (EOW), New York City's longest running weekly open mic. In the spring of 2001, I won the first ever EOW MC Challenge. In March 2002, 7djs and EOW supported me in releasing my debut CD entitled "Demographix". After a few pages of press and a slew of New York City performances I felt somewhat stagnant. In the winter of 2002 I decided to embark on my first tour of Europe. With no label support, no booking agent and no budget, I jumped on a plane with one show booked and a suitcase full of CDs. My primary objective was to deliver the music to as many people as possible, and in the process I made enough connections to keep the movement going for months. Making stops in London, Amsterdam, Berlin and all over Spain, I had the pleasure of absorbing native Hip Hop cultures as well as contributing to them. The experience of my journey inspired me to release a new album entitled "Geographix". Most of the material was written during the tour.
-------In 2004 I made my first trip to Paris, France and I fell in love with the city. I've done interviews and promoted on every major Hip Hop radio station in town(local and national broadcasts). I've done concerts all over the city, if you name the venue chances are I've probably rocked there. I have recorded tons of new material with French producers. I just released my new album "Black and White" and my next project "Turbographix"(the final installment in the Graphix trilogy) is coming soon.
-------This is merely a concentrated version of my humble beginnings and my ongoing struggle for success. I love making music and I have been fortunate enough to travel the world doing what I do best. If I died tomorrow I would be content with the impact I have made on my beloved culture. As long as air flows through my lungs and blood pumps through my veins, I will dedicate 100% to providing the best in Hip Hop music to listeners world-wide. I have no doubt that one day my hard work will pay off and to be quite frank, there are a lot of MCs out there.... but there is only one WEBBAFIED!!!!