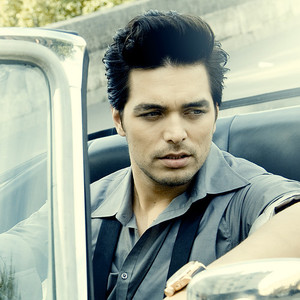 Waylon (bron 20 April 1980), is a singer from Apeldoorn, The Netherlands who became second in the Dutch television show 'Holland's Got Talent' in 2008. In an interview he said he specifically chose this talent-show, because you immediately have a response from the audience, unlike Idols or X-Factor. "You can't fool the audience". He is the first Dutch artist to be signed to Motown Records in 2009.

He is the first Dutch artist to be signed to Motown Records in 2009.

His debut album titled "Wicked Ways" was released on August 28 2009. It became platinum (it sold more than 50.000 copies) in The Netherlands. His debut single "Wicked Way" has been picked up by MTV and was the Radio 538 'Alarmschijf'. His second album, titled "After All" was released on November 4th, 2011.

The world can wait