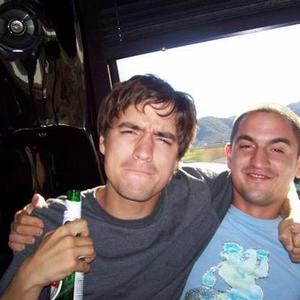 Wax and Herbal T are most likely the illest twin brothers on the planet. In fact, it could easily be argued that they are. With the release of their highly anticipated new album "GRIZZLY SEASON", a new plateau in musical excellence has been achieved. If you indeed opt to purchase this album (which you should...), you will have made a decision that will prove beneficial to you. "GRIZZLY SEASON" takes the listener on a journey through a wilderness of the imagination in which funk are the bears.

"GRIZZLY SEASON" takes the listener on a journey through a wilderness of the imagination in which funk are the bears. Lyrically Wax and Herbal T are on par with today's greatest rappers (Jay Z, Nas, etc.).....although it could be argued that they are in fact better than these guys as well as Biggie and Tupac. This being said, their greatest ability actually lies in their songwriting skills....skills which have compared to the likes of John Lennon, Bob Dylan, Prince, etc. All in all, this album should be listed at a much higher price than it is being sold for here...but Wax and Herbal T's musical talent is only exceeded by their generosity.

Bolstered by the release of their new video "Decadent", Wax and Herbal T's popularity is on the rise. Given the horrific state of the corporate music industry, this dynamic duo plans to utilize the internet as their friend rather than their adversary. "F#ck a record company son!" Herbal T was recently reported as saying. Wax and Herbal T ,also known as "The Wondertwinz", have landed..........and they are waiting for you to board.