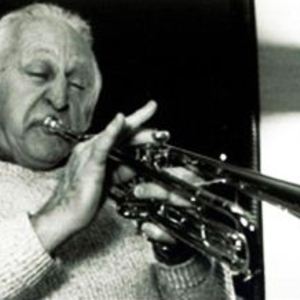 Warren Kime deserves top billing in the "now sound" hall of fame for his three remarkable Command albums featuring his Brass Impact band. With their bright yellow-brass covers, these records stand out from the crowd in the bins and on the turntable, and offer an intense, delicious blend of groovy tunes, splashy instrumental arrangements, and ecstatic vocal highlights (featuring Warren's wife Donna in the lead). If I were recording magnate for a day, these would be the first things I'd reissue. Run--don't walk--to your nearest thrift store and start hunting for them.

Kime was a big band vet. He played trumpet and even took the mike as a singer on occasion, and toured as a member of bands led by Ray Anthony, Ralph Marterie, and others, before settling in Chicago in the mid-1950s, where he worked as a staff musician for CBS.

Who really deserves the credit for the Brass Impact sound is hard to tell. I suspect the kudos should be shared among Kime, his wife, and Command's house arranger, Jack Andrews, for it's a sound dramatically different from any of Kime's other recordings. Before Brass Impact, Kime was a nameless anchorman of countless big band trumpet sections, working for Ray Anthony, Les Elgart, Ralph Marterie, Tex Beneke, Doc Severinsen, Skitch Henderson, and others. He played with Art Van Damme for several years and did some arranging for Van Damme's Septet of the late 1950s.
In early 1965, Kime, who was leading a band in the Chicago area at the time, recorded a few of his own arrangements, which included a small choral section which he used like a fourth brass section above trombones, fluegelhorns, and trumpets. The result dramatically heightened the impact of crescendos and peaks, giving the tunes an aggressive immediacy. He took the tape to New York and played it for Loren Becker, who was trying to revive Command after the departure of founder Enoch Light. Becker heard the start of a new kind of sound, and he passed the tape on to Andrews and musical director Bobby Byrne for development.
The trio settled on an instrumentation that was definitely top-heavy in brass: four trombones, three trumpets (including Doc Severinsen), four fluegelhorns (with Kime in the lead), Phil Bodner and Walt Levinsky taking turns as the lone reedman, three girl singers (including Donna Kime), and a strong rhythm section of two guitars, bass, drums, and percussion (featuring such Command regulars as Al Casamenti, Eddie Shaughnessy, Bill Lavorgna, George Duvivier, Bucky Pizzarelli, and the ubiquitous Phil Kraus and Bobby Rosengarden.
Finally, Command's recording engineers, Robert Fine and George Piros, added their own touches. They pushed the physical dimensions of their studio to the limit, stringing the players out in a line, instead of clustering them in circles or using the usual big band rows. Their aim was to maximize the separation between each section while keeping everyone in beat.
Having eked every last ounce of "oomph" out of this new sound, Becker and Byrne decided to give the listener both barrels of Brass Impact right in the face, leading off the first album with a supercharged "Mas Que Nada," with its signature "Pow! Pow! Pow!" No wonder the album's jacket proclaimed,
Hold onto your head! Hold onto your heart! And get a good grip on the ground! You are about to hear the most amazing musical sounds ever put on records! A new, unbelievable level of brilliance ... A fresh, startling concept of dynamics that produces musical coloration that is ... so subtle you'll never stop discovering new things to listen to in every piece ... and yet so blazingly electrifying that the impact can carry you to the very threshold of pain.
Ouch! Even for Command's typical hyperventilating prose, that's a little extreme. But at a time when many space age pop artists were losing steam, the Brass Impact came on like a bolt of lightning.
Unfortunately, not too many listeners wanted to travel "to the very threshold of pain," and the Brass Impact also disappeared about as fast as a bolt of lightning. Command, too, tossed in the towel not much later, MCA having sucked all the life out. Warren and Donna returned to Chicago, and apparently broke up some time later. Warren went back to work leading jazz and dance bands around Chicago, and left the "now sound" for the security of the "then" sounds of swing and Dixieland with groups like the New Chicago Rhythm Kings. Donna eventually drifted into the Midwest's small but dedicated new age music scene.
Kime revived the Brass Impact concept sometime in the early 1980s, releasing one difficult-to-find album on the Claremont label. Understandably, the ensemble was smaller, with a synthesizer attempting to fill in for a few of the original ace Command session men. He moved to Florida in the late 1990s, and continues to perform, leading a jazz quartet.