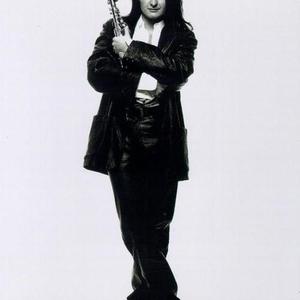 Saxophonist Warren Hill was born in Toronto; one of five children, he began playing guitar at the age of eight, and by his teens was fronting a local rock group. Originally he turned to the sax only to play in his school band, making the instrument his total focus following his introduction to jazz during a summer program at the Eastman School in Rochester, NY. Influenced by David Sanborn, Hill played each weekend in a local combo while studying physics at the University of Toronto, eventually dropping out to pursue music full time.

A stint at Boston's Berklee College of Music followed, and on Graduation Day 1988 he was given several featured solos; in the audience was producer Russ Titleman, who immediately hired Hill for a session with Chaka Khan. He soon relocated to Los Angeles, recording a demo tape that eventually landed him a deal with RCA.
Kiss Under the Moon, Hill's debut LP, appeared in 1991, and was followed by a stint backing Natalie Cole on her Unforgettable tour. Scoring an NAC chart-topper with 1993's "The Passion Theme" (from the film Body of Evidence), he next issued the album Devotion, returning in 1995 with Truth.
With 1997's Shelter, Hill began featuring his vocals as well as his instrumental skills; Life Thru Rose Colored Glasses followed in 1998 and Love Life was issued in August 2000.
A collection of romantic numbers was released as Love Songs in 2002, while 2005's PopJazz had an equally appropriate title. In 2008 he joined the Koch label and released La Dolce Vita. ~

Kiss Under The Moon