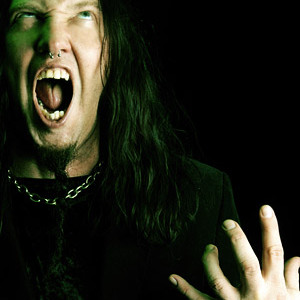 Warrel Dane (born March 7, 1969) is the lead singer of the progressive metal band Nevermore. He is also formerly the singer of bands Sanctuary and Serpent's Knight. Dane was trained for five years as an opera singer and utilizes a very broad vocal range, spanning from low to very high notes. His use of very high notes were more prominent in his Sanctuary and Serpent's Knight days but are still utilized in Nevermore.

Warrel, along with bassist Jim Sheppard, is a certified chef and formerly owned a restaurant in Seattle. As reflected in his songwriting, Warrel is critical of religion and government and has expressed mixed feelings toward the advancement of technology.

Praises To The War Machine