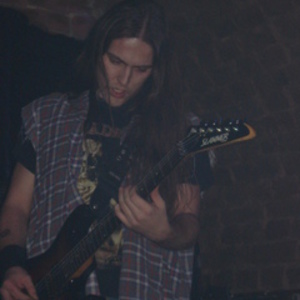 Vortex (1), a technical death metal band from Japan that released their debut album in 2001, Colours out from the Emptiness.

Vortex (3), hailing from Groningen, The Netherlands, was formed in 1979. The band became well known on the European heavy metal scene by way of the albums Metal Bats in 1985 and Open the Gate in 1986. The group folded in 1990, but made a return in 1992 for two reunion concerts. Top Hole Records issued a compilation album The Dawning in 1998. The four track 2000 EP The Mill, released on the Swedish Stormbringer label, came in limited edition pressings of 1000 red vinyl and 500 picture discs. 2002 saw the re-issue of both albums Metal Bats and Open the Gate in vinyl picture disc format through Steelhunter Records. Subsequently the Greek Unisound label published both titles on CD.

Vortex (5) is a French duo consisting of Nicolas Guerrero (vocals, guitars, electronics) and Sonia Cohen-Skalli (bass, vocals, tapes), who started working together some years ago, and were influenced by groups such as Suicide and My Bloody Valentine, as well as the noise/industrial scene. As time passed they opened their ears to contemporary music (Ligeti, Arvo Part, etc..) and rehearsed almost a year before producing their first album. Eksaiphnes is a very electric album, with walls of guitar sounds, vocals deep in the mix, but also featuring quiet instrumental pieces of music in more of a ambient mood.


Vortex (6), a French duo, is made up of Heddy Boubaker (alto saxophone) and S&eacute;bastien Cirotteau (trumpet). The sounds the pair generate include a diverse range of tones, winds, squeaks, gurgles, clicks, thumps, rumbles and drones. A swirling mass of sound that ominously drifts around the listener.

Vortex (7), punk band from Paris, France. They have some albums, demos etc.

Vortex (8) was a French chamber rock group from Lyon led by Jean-Pierre Vivante and his brother Jaques Vivante. Their self-titled debut was released in 1975, and a second album called Les Cycles de Thanatos came out in 1979. The music has a dark, forboding atmosphere, similar in some ways to Art Zoyd (with whom they worked), though with occasional elements of jazz. They disbanded in 1980.

Vortex (9), is a progressive metal band from Bulgaria. They have recorded a full-lenght demo album called Deeper Beyond in the year 2004. The CD was distributed free on their club appearances in 2005 and 2006. One of the tracks in it is a cover of the Depeche Mode clasic Rush.

Vortex (10), is the recording artist John B. Williams (John B).Vortex was an alias John recorded the tracks: 'Granite', 'Classical II', 'Crystal Wind' and 'Hi-Band' under.These 2 12" singles were released on the record label Hard Beats Inc. during 1997 and 1998.

Vortex (11), thrash metal band from Osijek, Croatia. They have demo recorded in 2009, demo is called Thrash is Alive.

Hammer Of The North