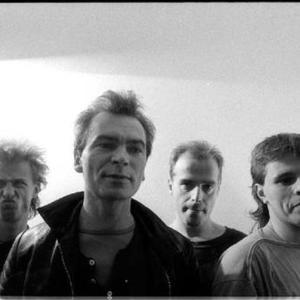 Voo Voo is a Polish band formed in 1985. Their music is a combination of rock, folk, jazz, improvisational and some other genres. The name comes from the leader initials utterred in Polish and spelled English way. Wojciech Waglewski is a Voo Voo founder and the only person remaining in a group until now since its beginning. The first vinyl album "VOO VOO" was hailed in Poland as one of the most important records in the musically groundbreaking decade of the 1980's. It conveyed simple sound and quite abstract as well as intimate lyrics.

Early in the group career their fans had a chance to own a live recording released in 1987 on vinyl as "KONCERT". The second conceptual "longplay" was entitled "SNO-POWI?ZA?KA" and became a true jewel in Polish alternative music songwriting and rock. Decidedly poetic, almost philosophical, yet appealing to the mature and the young. In the late 80's the band has been winning more and more followers originating from different generations. They got involved with charity action called Wielka Orkiestra ?wi?tecznej Pomocy. Waglewski composed for theatre, ballet, film and television. Voo Voo has been consistently touring and recording albums for over 20 years now. The band is an icon of Polish rock music and still attracts audiences with their professional stage appearances and a very sincere attitudes. They basically rock !