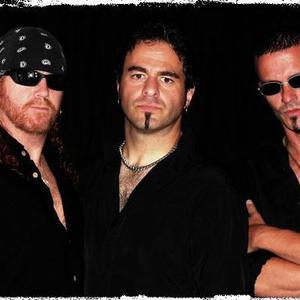 There are three words that summarize Volume Water?Extreme Sonic Energy! Volume Water's sound is pure rock and roll? but it's more than just any ordinary rock music. Volume Water's unique brand of original material is memorable for its catchy riffs, great melodies and evocative lyrics. The musicianship and vocal quality are incredible. These guys are musicians' musicians. And Volume Water knows how to put on a show. Their dynamic stage performance brings fans to their feet, gets them rocking, and keeps them going all night.

The musicianship and vocal quality are incredible. These guys are musicians' musicians. And Volume Water knows how to put on a show. Their dynamic stage performance brings fans to their feet, gets them rocking, and keeps them going all night.

Volume Water was formed in 2003 and is based in Hamilton, Ontario, Canada. Their debut CD, ?Underneath the Sun?, was released in 2005. The band have a video for the track, ?Underneath the Sun? which can be viewed on this website. Their latest CD, released in 2008, "Land of the Greed...Home of the Slave", is a 15 track collection of the group's finest work to date. Volume Water was selected by Hamilton's rock radio station, Y108, as the Extreme Band Slam winners for 2008, and was a semi-finalist in the Bodog Music Battle of the Bands. They were also voted Silver in a recent poll as the Best Local Cover Band in VIEW Magazine and nominated for Rock Recording of the Year in the Hamilton Music Awards 2008. They have shared the stage with such groups as The Trews, Teenage Head, Pride Tiger, Rides Again, Age of Daze and many others. Volume Water is known as one of the hardest working bands on the local scene. They perform to hundreds of satisfied audiences every year.

John Mamone (bass, lead vocals) - John Mamone was born and raised in Hamilton, Ontario. The word that best describes John is ?versatility?. Not only can he play all the essential rock instruments with equal proficiency, he is comfortable in musical styles that range from vocal theatre to country to punk. As the principal songwriter in the group, Mamone's trademark sound forms the basis of the Volume Water experience. His bass playing encompasses both driving rhythms and complex arpeggios, and he is known as having one of the strongest and most distinctive voices in rock music today.

Paul Salini (drums) - Toronto born Paul Salini is an experienced session drummer who has traveled as far as Nashville, L.A. and Texas to play his drums for professional songwriters. Salini and Mamone played together in a band known as Dragonfly, prior to joining forces to form Volume Water. Salini's drumming style can be likened to organized destruction. He hammers the drum kit with a force that shatters drumsticks and eardrums with equal disdain, and yet, as a student of the great rock drummers, Salini doesn't overlook the fine points of his craft. Drummers like Salini don't come along every day.

James ?Jimi? McGuire (guitar) ? James was born in Glasgow, Scotland, but moved to Canada at an early age. He played together with Salini in a band called Nice Boyz before moving back to Scotland. McGuire toured extensively throughout the U.K and Ireland with original bands known as Sunlight and The Star 69, and played huge venues including the ?T' in the Park Festival. McGuire's career came full circle when he returned to Canada to be reunited with Salini in Volume Water. Like his left-handed namesake, ?Jimi? plays guitar with passion and intensity. His power chords rip the air and slash the senses. Lightning-fast solos pour out of his Les Paul with the ease of melted butter. Now reunited?McGuire has re-ignited the sound that is Volume Water.

Land of the Greed...Home of the Slave