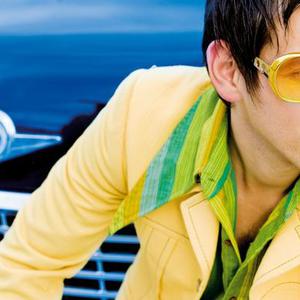 ?All About You' has been a labour of love for Vlada, the Swiss soul singer, songwriter and pianist, as well as a rollercoaster-ride with many dreams coming true along the way. More than five years in the making and completed without the backing of a major record label, Vlada's debut album features an astonishing pedigree of world class performers, such as drummer Vinnie Colaiuta, bassist Abraham Laboriel, and guitarist Paul Jackson Jr.

All the songs on Vlada's impressive debut album ?All About You' (release date: October 2009) are original compositions ? a powerful and highly unique blend of soul, funk, pop and gospel. The sessions with the US all-star band took place in Switzerland in 2003, while the musicians had a couple days off their busy schedule. Vlada remembers, "I had the chance to work with some phenomenal players, some of the best on the planet and to see their work ethic, attitude and their servanthood and humility was quite amazing. We recorded 13 tracks live in the studio within two days, with a maximum of three takes, and I sang live with the band as well." It's therefore not surprising that Vlada's debut is reminiscent of Motown and the classic soul/funk records of the 1970s. Further sessions followed in Nashville, after Mark Kibble, the lead singer, producer and arranger of Take 6, suggested to Vlada that he co-produce and finish the album in Tennessee.

Multi-cultural Vlada has the potential to make music that will reach the whole world. Raised in Switzerland to a Serbian family, he later lived in England and Germany and is currently based in Nashville. Vlada speaks five languages fluently, reinforcing the international and wide appeal of the ?Vlada sound.' With over 20 years' stage experience and hundreds of performances as a lead singer with various projects in Europe as well as the United States, Vlada is ready to embark on a highly promising solo career.