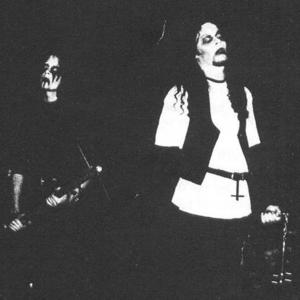 Vlad Tepes was a French black metal band who formed in 1992 in Brest. The name originated from the 15th century Wallachian ruler, Vlad ?epe?, who was the inspiration for Bram Stoker's fictional vampire Dracula. The group belonged to the underground black metal group Les L?gions Noires (The Black Legions) along with other acts such as Black Murder, Torgeist, M&uuml;tiilation, Belk&egrave;tre, and Brenoritvrezorkre. Vlad Tepes shared band members with many of the other Black Legions bands and projects. As of now the group is officially not active due to the hype surrounding them.

The band, unlike most other groups in Les L?gions Noires, never released an EP at all, let alone a full-length. There were only splits and demos released.

Despite rumors, the band has been split-up for years. Tapes produced by the band were mainly traded with close friends and associates, and copies have been eagerly sought after by fans due to their rarity.