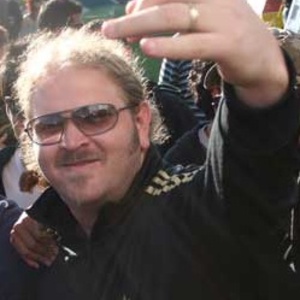 Visual Paradox is DJ Bog (Bog Marian) BOG is the owner & founder of the famous label Com.Pact records, and is an active Dj and producer (under: Visual Paradox & Visual Contact). BOG a man of many trades is also a talented sound engineer working and performing Analogue & Digital Sound mastering from his state of the art studio, OverDose Studio. Bog was born in 1976 in Israel, grew up and still living in Binyamina (Israel). He is married to Liat and a father to Shahar & Barak. From his youth he was attracted to sound engineering and music.

Bog worked in a wide selection of Sound companies as a PA (Sound) technician.
He discovered the world of electronic music in 1992, when the scene started evolving in Israel.
In 1997, he started to DJ in small underground parties all over the country.
In the year 2000, Bog started to collect electronic and analog instruments, building his own studio and producing his own music.
In the year 2001 he founded Compact Records, one of today's leading Trance oriented labels. Com.Pact represents various styles of trance music, ranging from progressive trance to full on.

All You Can Beat