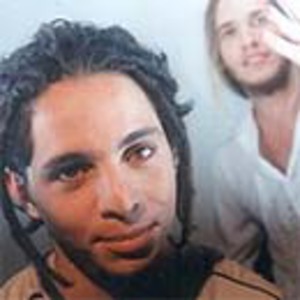 "Violet Vision are genre defying, wherever they land what is guaranteed is that they will continue to make waves across the whole spectrum of dance music, possibly changing the way things are perceived and done through their dogged determination to break the barrier that define genres" (Upfront magazine, UK) More information including pictures, samples, and news can be found at their website: http://violet-vision.net.

More information including pictures, samples, and news can be found at their website: http://violet-vision.net.

Violet Vision's founders, Jonathan Dagan and Shay Raviv began their mutual career with the album "First sign of Communication" (2001). In this album the violets expressed their outlook on electronic music by combining different styles. From ambient atmospheres through rough breaks to techno grooves this album made Violet Vision a well known name in the electronic music scene in Israel and abroad. With rave reviews from the press and a growing fan base, Dagan and Raviv started to perform live in festivals and clubs around the world (Brazil, Japan, USA, Russia, Mexico, Israel) and by that time their tunes and unique remixes started to appear in compilations and singles released by various labels

2003 marked the birth of a new ground-breaking artwork. Having shifted stylistic universes, Violet Vision presented their second album "Unfold". Featuring several vocalists and combining acoustic instruments with the influence of Rock, House, Breaks, and more, "Unfold" soon became a dancefloor knockout, featuring the single "Your Voice" which was supported by DJs like Cass, Hernan Cattaneo, Chris Fortier, Sander Kleinenberg, Anthony Papa, MoShic, and many others. By this album Violet Vision widened their group of followers as they were introduced to breakbeat fans around the world.

In 2006 Shay relocated to Hollywood, Los Angeles following his long time friends infected mushroom, where he currently resides. New members and musicians were added to the violet vision crew and violet vision grew to a production company dealing with Film scoring/Video Game music/production and programming/artist management.

Violet Vision's third studio album "Heaven Underground" Contains 15 tracks and is a huge body of work. Hundreds of hours were spent in the studio bringing you The ultimate sonic experience. Most of the album's tracks feature Vocalists and the sound/attitude of this release is probably Violet's most important release till this day.