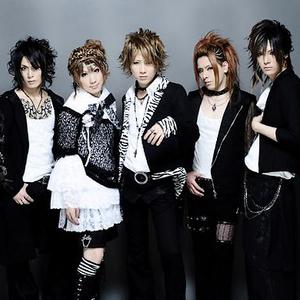 VIDOLL was a visual kei pop rock band from Osaka, Japan, whose musical and visual styles gradually became lighter and more stream-able towards the latter half of their career. The band describes their musical concept, "Occult romance", to be able to stimulate the six human senses. The band was formed on February 2, 2002 by Rame, who proceeded to recruit the other members, starting with Tero followed by Jui, Ayano, and finally Yukine. VIDOLL then signed with the indie visual-kei label, Matina, for a short time until the label went down.

The band was formed on February 2, 2002 by Rame, who proceeded to recruit the other members, starting with Tero followed by Jui, Ayano, and finally Yukine. VIDOLL then signed with the indie visual-kei label, Matina, for a short time until the label went down.

Then in early 2003, they signed with the UNDER CODE PRODUCTION label, which is where they rose to great popularity amongst the visual-kei community. Later that year, their guitarist Ayano left the band due to musical differences. Soon after, Hide was recruited as the new guitarist.

After two years of active releases, and almost non-stop touring, Jui announced that VIDOLL's guitarists, Hide and Yukine, would be leaving the band on June, 2005. Hide stated that although he loved the band, the members, and the fans, the hectic tour schedule was affecting his overall health. Yukine left for personal reasons.

On June 13, 2006, VIDOLL announced that they would be welcoming two new members, Shun and Giru, as their replacement guitarists. Later that year, KISAKI, the executive manager of VIDOLL's label, UNDER CODE PRODUCTION, announced that VIDOLL would be "graduating" from the label.

In 2007, the band signed with Sword Records, a sub-division of Universal Music Japan. Later that year, VIDOLL held their U.S. premier at J-rock Revolution, in Los Angeles, California.

In 2009, VIDOLL became major after being picked by the major label Nippon Crown.

During the summer of 2010, VIDOLL announced that the band will be going on hiatus after the end of their "Res[e]t" tour, on September 18, 2010. The reason, as mentioned in vocalist Jui's blog, was becasue Jui needs to undergo surgery for the worsening thrombus in his throat.

In 2011, the band announced the hiatus started back in September turned to be a definitive disbanding, or a "positive break-up" as themselves stated. The reasons for the disbandment are stated to be differences in musicality, along with the businesses, which have been started by the members, which also resulted in different orientations on an individual level.