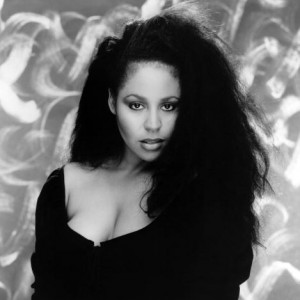 Vesta Williams (December 1, 1957 ? September 22, 2011) was an American R&B singer. Originally credited by her full name, she was sometimes simply billed as Vesta from the 1990s onwards. Although Williams never had any albums certified gold nor any Top 40 hits on the Billboard Hot 100, she scored six Top 10 hits on the US Billboard R&B chart from the mid 1980s to the early 1990s. Williams was known for the hits, "Once Bitten, Twice Shy", "Sweet Sweet Love", "Congratulations" and "Special".

Born in Coshocton, Ohio, United States, the daughter of a disc jockey, Williams became interested in singing while in high school. Her family moved from Ohio to Los Angeles in the 1960s. Williams and her sisters once appeared on the television show Jack and Jill as The Williams Sisters. She returned to Ohio in 1977, and sang in the girl group Wild Honey (with bandmate Freddi Poole), but soon decided to go back to Los Angeles to launch a solo career. Former Fifth Dimension member Ron Townson put Williams in his band Wild Honey. After that stint, she found work as a session musician, working with artists such as Chaka Khan, Gladys Knight, Stephanie Mills, and Gordon Lightfoot. Williams sang on the original version of Joe Sample's "The Survivor", and met producer David Crawford while working with his group Klique. After doing much session work, she secured a recording contract with A&M Records which released her debut album Vesta in 1986. The album became a modest seller on the R&B Albums Chart and it featured her first Top 10 R&B hit "Once Bitten, Twice Shy", which also became her only UK hit.

Her 1988 sophomore release, Vesta 4 U, produced the Top 10 R&B hits "Sweet Sweet Love", "4 U", and "Congratulations", with the latter peaking at #55 on the Hot 100 chart, her only single to appear in that chart. This would also be her most successful album, and her only album to appear on the US Billboard 200, peaking at #131. In 1991, Williams released her third album entitled Special, and the title track as a single. That single became her highest charting song on the R&B chart at #2, but sales of the album were less than that of Vesta 4 U. Her next album, 1993's Everything-N-More, produced only the minor R&B hit "Always".

In 1989, Polygram Records purchased A&M Records. Williams' 1998 album Relationships was released under the Polygram name, and it became a modest seller and appeared on the R&B chart. After this album, A&M/Polygram Records parted ways with her. She continued to be a session singer, landing spots on albums by such artists as Phil Perry, Howard Hewett, and George Duke.

In 2000, Polygram released a compilation album, featuring songs from Williams and CeCe Peniston, another Polygram artist.

Williams portrayed a saloon singer in the 1993 film Posse, directed by Mario Van Peebles. She also had a hit with the SWV song, "Rain", with the smooth jazz musician, Norman Brown.