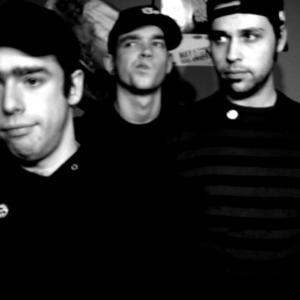 Versus You! is a three-piece punk-what-so-ever-rock band from Luxembourg, heavily influenced by drinks and smokes. The band was formed by Eric (vocals, guitar) and Giordano (bass) and after months of looking for a drummer, pit joined the band. Influenced by punk bands from Berkely and Chicago, Versus You! could be similar to bands like Jawbreaker, Jets to Brazil, Jawbox with a noisy touch of Sonic Youth, or Nirvana.

Their debut record 'marathon' came out on German based Fond Of Life Records in November 2006 available on www.fondoflife.net and www.interpunk.com

After Pit left the band for his other band Eternal Tango, Mike from Nervous Chillin joined them on drums.

This Is The Sinking