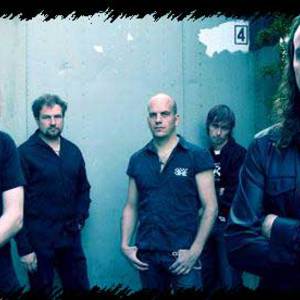 Band history Back in 1987, Torbj?rn Weinesj?, Thomas Weinesj? and Anders Olofsson decided to start the band that was going to be Veni Domine in 1989. Glorify The band "Glorify" was formed, yet without a singer and a formed vision of the sound. Fredrik Ohlsson came in late 1987 through contacts as he was moving to town. After a brief meeting Fredrik was a member, because the band really needed a singer and he seemed to be a nice guy he was accepted without a rehearsal! The band was blown away first time Fredrik opened his mouth, never did they expect this quality.

Back in 1987, Torbj?rn Weinesj?, Thomas Weinesj? and Anders Olofsson decided to start the band that was going to be Veni Domine in 1989.

Glorify
The band "Glorify" was formed, yet without a singer and a formed vision of the sound. Fredrik Ohlsson came in late 1987 through contacts as he was moving to town. After a brief meeting Fredrik was a member, because the band really needed a singer and he seemed to be a nice guy he was accepted without a rehearsal! The band was blown away first time Fredrik opened his mouth, never did they expect this quality. Fredrik at that time being very hi-pitched and powerful in the vein of Rob Halford and Terry H. The band now started to rehearse for their first gig and for a demo. As things turned out the band felt in need of a change on the base side, so without having a replacement they let their old time friend Anders go and the quest for a replacement was on. Already playing quite heavy music the task to find a base player was not easy. Magnus Thorman however joined the band in 1987 just in time for the first real demo effort in a studio down south in Sweden, the three songs recorded was "Stranger", "Always in time" and "don't be wasted forever" mixing this was Mick Nordstr?m ( Modest Attraction, Leviticus) also Mick did the second demo recorded in Sollentuna with the songs, "Face of the prosecutor", "The king is crowned" and "The saviuor".

Seventh Seal
Slowly the style of Veni Domine was growing, the band changed their name to Seventh Seal in 1988. Playing local gigs around and rehearsing real hard sometimes three times a week the band started to get their vision. 1990 Seventh Seal got in contact with Thunderload studios and made their third demo containing the songs, "Fall Babylon fall", "Wisdom calls" and "Armageddon", this demo was sent out as the band recalls only to the British Greenbelt festival, they hooked on the tape and asked Seventh seal to come to England. This was a huge step for the band, no one really understood and the journey started.

Veni Domine
At the Greenbelt festival, English label Kingsway Music saw the band and the soon to be manager convinced the label to sign, and so it was. The band went to Eastbourne, England to record in the ICC studios in the summer of 1991, at the same time the band had to change the name due to a law suite threat by American band Seventh seal. The band decided to go with Veni Domine, as Fredrik and Magnus suggested.

Fall Babylon fall
After about three weeks of recording in England, Fredrik caught ill and the band had to finish the cd in Stockholm Sweden. Due to the long song The chronicle of the seven seals, there was a limited amount of studios that could handle the reel of the tape to that song as it was much larger than ordinary tapes, one of the studios was Thunderload studios. So the band did the vocals, added some guitar tracks and did the final mixing. The band remembers that there was a question whether to press on vinyl as well as making cds, but the label decided to go with the cd and cassette format. Fall Babylon fall was released in the US, Japan, Europe and various places it received great reviews all over and the interest of the band started to grow rapidly.

Material Sanctuary
In 1994 Material Sanctuary was released, the band had then changed label to Thunderload records and the recordings took place in Stockholm, Sweden. The band aimed to make the album as heavy as possible and the cd is nowadays considered by most to be one of their best albums.

Spiritual Wasteland
1998, Spiritual Wasteland saw the light of day. The band remembering playing the demo for the cd back on the tour of ?96 with Saviour Machine and Soul Cages, still it was two years away from release at the time. Also this cd was recorded and produced by Thunderload records. The band recalls this to be the recording that held late nights, endless tweaking and takes.

The album of labour
Veni Domine started the recording of IIII the fall of 2000, the progress was extreme and they really believed that this was going to be a fast made album. Thomas hammered the drums down in "no time" as well as the rest of the backgrounds were. The band started to work on the vocal parts and It was moving along very fast as Fredric is one of those singers who can push it for a while.

But as they got close to Christmas that year, Fredric got, as they all thought a cold. As Veni Domine is located in Sweden the winters can be quite cool so to speak. They took a break for a week and continued for a day, but as Fredric still was not 100 percent they gave the holidays a chance to make a difference.

Still Fredric was out of shape and the sessions got shorter and shorter, the frustration got bigger and bigger of course. As they recall they decided to break for a month and after that month tried for like one or two takes and understood that something was not right." I really don't know how many specialists and doctors Fredric checked out, Torbj?rn recalls, all I know is that no one could diagnose him. We let time do the healing and in the fall of 2001 we started to record again, with our minds set to finish the cd, we did rearrange some parts to suit the vocal condition. We moved the recordings to "cell 9" and the "Room of doom" as Thunderload studios faced a long period of rental by others, and lucky that was. Around new year the studio was flooded and completely destroyed along went old master tapes and all equipment. We went from analog 2 inch tape to computer based recording and mixing, a route we were likely to take anyway". That winter Torbj?rn started to mix the cd, and delivered a mix the 29th of April 2002 in hope to have a release quite soon, after all, everything was already late so they were expecting some action.

Nothing happened, as they gave the record company the 29th of April a couple of months ahead in order for them to start things up, but silence was the answer. In late November, Torbj?rn recalls, "we gave up hope that they even cared about it after not responding in the way one would expect from a record company. Since we did all the work ourselves we assumed that they simply lost interest and never would try to get it out."

In that area of time Veni Domine signed a management deal and MCM-music tried to get Veni Domine out of the record deal, all of a sudden there was an extreme interest in not letting the band go. In came lawyers and the whole circus was getting started. Veni Domine backed and did not want to pursue their freedom in a court of law. "All we wanted in the first place was to get the album out, from that point the lock was total and was so for a year perhaps", says Torbj?rn. No sign of interest again and no album out.

Midst of June Veni Domine hooked up with the record company and in a 30 minute call it all was settled, more or less. "My big thanks to all involved for showing me that one can move on and take new steps even though the past would indicate the opposite. We have no hard feelings or are not placing blame anywhere. We could have made different suggestions along the way to make the ride more comfortable and we have learned a lot from this", Torbj?rn says

"I want to add that this is strictly from our point of view and I guess the others involved have other angles. We're not out to make anyone look bad. We just wanted to share a brief summary of what happened during this time", Torbj?rn adds.

23:59
In good time the band started to work on the 5th studio cd that became 23:59, several names were thrown up in the air in the hunt for the perfect name for the new cd, late in the game the decision was made. As Thunderload record did not want to use their option on this one the hunt for a new record company was up again. Late in 2005 Veni Domine came to an agreement with MCM-Music. Friends of the band for years, actually since the tour in ?96. The band will put a mixed show together that blends the past with the present songs to take on the road when opportunity comes knocking.