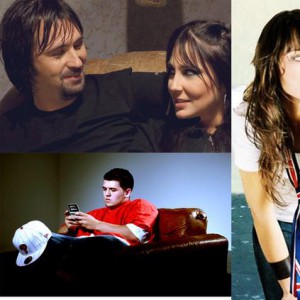 There are 12 artists with this name: 1) VEGA is the artist name of Alan Palomo, former lead singer of GhostHustler, from Denton, TX. After moving south to Austin, Palomo adopted the moniker VEGA under which he released a debut single, 'All Too Vivid' in August 2008 and an EP titled 'Well Known Pleasures' in Fall 2009. Palomo is also one half of the Austin/Brooklyn-based electronic duo Neon Indian.

1) VEGA is the artist name of Alan Palomo, former lead singer of GhostHustler, from Denton, TX. After moving south to Austin, Palomo adopted the moniker VEGA under which he released a debut single, 'All Too Vivid' in August 2008 and an EP titled 'Well Known Pleasures' in Fall 2009. Palomo is also one half of the Austin/Brooklyn-based electronic duo Neon Indian.

2) Vega is a Turkish pop-rock music band. Vega started professional music life with their first album named 'Tamam Sustum' in 1999. They continued with their second album 'Tatl? Sert' in 2002. In 2003 they made a new copy of second album, limited and 2 disc set with special remixes. Their ?Bu Sabahlar?n Bir Anlam? Olmal??, ?Bihaber? and ??z B?rakanlar Unutulmaz? songs are well-known in Turkey.

3) Vega is a Spanish female solo singer. She started her musical career in a Spanish musical show on TV, but she didn't like the comercial philosophy of this quiz and she left it. She has got two studio albums. She had a mega-hit in Spain called "Quiero ser t?", this single sold more than 200,000 copies and she recorded her first album. The first one is called India (2003). She composed the majority of the tracks of her first solo album that included a Frank Sinatra (That's life) and a K's Choice's (Believe)versions, both in English. The singles were "Grita!", "La verdad" (feat Elena Gadel) and "Directo al Sol".
Her second solo album, called Circular (2006), is sung completely in Spanish and all the songs are composed by Vega. Only one song is composed by Dani from "El canto del loco" (S?lo quiero amanecer). Her first single was "Una vida contigo".
She is promoting her last album at the moment.

4) Vega is a young, talented rapper from Frankfurt/Main, Germany. He has a huge local fan base due to being a big supporter of Frankfurt's own traditional Football Club SG Eintracht Frankfurt

5) Vega is an American black male r&b vocal group, Vega were going to be a big thing because of their fresh sound, and them being one of the few groups from Detroit. They finished their first album, 'Life On Earth,' which was shelved, and the group became defunct. This album featured guest appearences from big stars such as Rozonda "Chilli" Thomas of TLC.

6) Vega is a Swedish Indie-pop group: Formed in 1998 by Nils-Erik Sandberg (singer and songwriter) and Johan Berthling (double bass). Their debut album "For Retarded Lovers" was released in 2001. Jari Haapalainen (Ed Harcourt) produced and Pelle Gunnerfeldt (The Hives) managed the sound on both the album and their second one in 2004. It was called "Sole Love" and featured Ellekari Larsson (The Tiny), as well on the hit single "Shake Up Your Soul".

7) Vega is a Croatian heavy metal band from city of Split, formed in 1997.
They have released two albums: Iz Sjene Dubina ("From the Shadow od the Deep" - 2004) and S Trnom u Srcu ("With a Thorn in Heart" - 2007).
The band is currently on-hold, while the singer Dra?en Markoti? is busy with his side project Dra?en Vega.

9) Vega is Louie Vega of Masters At Work & Vega Records

11) VEGA were one of several Andalusian and Spanish bands who flourished in the mid- to late seventies by making music that blended flamenco, folk and jazz at times with English progressive tendencies, often resulting in a colorful and rich fusion sound. Acts like TRIANA, CAI, MEZQUITA and AZAHAR would establish themselves as the preeminent players on these scenes, along with the more contemporary counterparts like LOS CANARIOS and ALAMEDA.

12) VEGA was a German hip-hop duo that released the single Ich chille in 1999.

In this vein VEGA combined Andalusian instrumentation (and sometimes traditional arrangements) with a less well-defined progressive bent, emphasizing instead a heavy flamenco influence and the showcased guitar work of band leader T?mas Vega. Vega had been a member of the earlier Spanish band LOS GRIMMS, and would also, along with bandmate Jorge Pardo, lend his name to a couple DOLORES (Pedro Ruy Blas) records in the same timeframe.

The group released three albums in three years, each accompanied by one single. The first two are heavily imbued with flamenco-driven fusion compositions, while the final release 'Sol de Oscuridad' seemed to be more intended as an attempt at commercial success with vocals and repetitive, less original arrangements. The band was already in its death throes by the time the third album released.

VEGA were a minor player in an ample line of Spanish and Andalusian prog bands of the seventies and eighties. While their contributions don't generally rank among the greatest acts of that segment, they are worthy of recognition and inclusion in these ProgAcrhives.