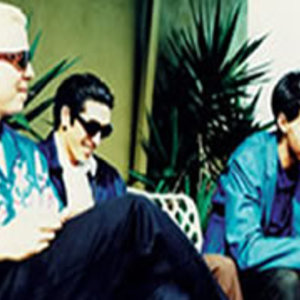 Value Pac was started by Ryan Sheely, Isaiah Coughran, and Ben Cater while they were still in high school in 1995. They struggled quite a bit with choosing a name. At their beginning they went by One By One (already a band named this), One Bye One (appearing on the I'm your Biggest Fan compilation volume 1 by Tooth & Nail) (too close to the other bands name), Berserk (already taken by another band), and Bizzerk (still too close and the label hated it). Finally, it was Value Pack and then Value Pac.

Value Pac's self-titled debut (also referred to as Down & Out) was released on Tooth and Nail, and was soon followed by Jalapeno on BEC Recordings.
After their first album, Isaiah was replaced by Shawn Humeston. In 1998 Ben Cater left for college and was briefly replaced by Ethan Luck. Shortly after Ryan Sheely's mother died, Value Pac was cut from BEC Recordings due to their failure to tour and meet contractual obligations. Value Pac then signed with Four Door Entertainment. Ryan was joined by Jason Feltman (Fanmail, Rainy Days) on drums and Sean Paul on bass. The band recorded Incognito, which was produced by Social Distortion guitarist Dennis Danell. Value Pac then disbanded. Ryan and Jason still play together in Radio Saints