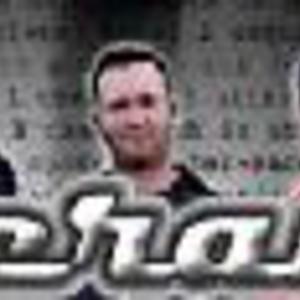 Tacoma, WA. This "City of Destiny" embodies everything the Pacific Northwest has to provide. In the last year this city has produced the D.C. Snipers and a murderous police chief. While the Port of Tacoma processed 1.47 million shipping containers the city became one of the largest car theft capitols on the West Coast. It also produced a noteworthy band, utterance. Why this name? It is a good name. The DJ suggested it. Do you play live?

Why this name?
It is a good name. The DJ suggested it.

Do you play live?
Yes, we play live frequently. We love it and the fans love it.

How, do you think, does the internet (or mp3) change the music industry?
It brought about the ability for every garage band on Earth to bring their music to the masses. This has generally diluted to industry with a large amount of crap but has also brought to light some bands that we would never have heard of otherwise.

Would you sign a record contract with a major label?
Yes.

Band History:
The band formed in July of 1999 as Tracy Beardsley and James Dutterow brought their lengthy collaboration to a new level. Their song-writing partnership established the foundation for this band's concept. Ryan Rader brought his considerable talents in as vocal master. Jerod Wallace ended a brief musical sabbatical, after leaving Personal Dispute, when he joined the band in November of 1999. Revitalized and anxious Jerod brought his vigor and monster beats back to the scene. Mitch Dombrausky was coerced from his basement in May of 2000. Mitch added another element of the sound with turntables and sampler that makes the music so dynamic. In October 2001, the band parted ways with Ryan. After a short break and lengthy audition process Zack Pearson was brought in to front the band. Zack brought the band to a higher level with his wild energy and lyrical skills. It was a new beginning and utterance was born.

Your Blood Is Our Steak Sauce