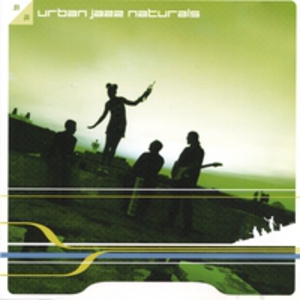 Urban Jazz Naturals takes jazz and soul and combines them with the electronic pulse of dance music. In a word it's a party for your body, mind and soul. While firmly rooted in the tradition of House music and other electronic genres; UJN is committed to bringing you their sound live using no turntables, MP3s or DATs! Urban Jazz Naturals is a collective that features: the songwriting, vocals and trumpet of ts Dawn Weber; producer Christian Oncken flips between guitar...

UJN released a self-titled five track EP in CD and vinyl formats in 2003. The EP is a sampler of sorts; it represents the diversity of style and sound that UJN is known for writing while maintaining its focus on the groove, funk and soul of house music. Since releasing the EP, UJN has recorded another album's worth of original material.

From that new studio material, UJN released two vinyl EPs into the DJ/dance market The first was "How Can I" (Gallery) which was released in July 2004, after being supported as a promo for over a year by some of the top DJ/Producers in the world. The JT Donaldson remix, the original band version and UJN's "Sugar (and Spice)" are available on vinyl in stores around the world.

The second release is the Urban Jazz EP (Vista/Large Music) which gained popularity as well as a CDR, including support by Mark Farina, before its release in 2005. The A side features ?Can't Get Me Down? with jazz inspired vocals and mute trumpets, walking bass lines and electric keys. B gets deeper with the smooth vocal number entitled ?Take Me Away? and features a fantastic peak time Dub from man-of ?the-moment Demarkus Lewis

2005- mo & dawn: the remix project
Building on the successful foundation and sound of UJN, the duo made the difficult decision to go ?solo? in the summer of 2005 with "the remix project". The sound is still all about live electronica but with complete freedom of style and musical collaboration. The new set includes house, trip hop, electro funk, soul, acid jazz and drum& bass.
Mo has literally remixed every track that he and Dawn wrote for UJN as well as some tracks from the original Vargas Swing EP and lots of new material. Ever busy writing and remixing tracks, mo & dawn look forward to hitting the road in 2006 with their new sounds.

Mo & dawn: the remix project vol. 1 was released in September 2006 and is also available on CD baby. In 2009 look for Dawn Weber(.com) with her new projects as a leader. Mo Egeston continues to produce and play live house with the Urban Groov Project. (moegeston.com)