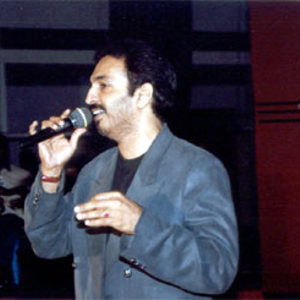 Unni Menon was born on August 12, 1957 at Guruvayoor, a temple town in the Thrissur district of Kerala. He attended the Government Victoria College, Palakkad from where he graduated with a degree in Physics. Unni Menon moved to Chennai (then Madras) where he had a job in the Heavy Vehicles Factory at Avadi. Many of the prominent recording studios of South India were located in Chennai. His interest in music led him to visit these studios regularly and formed acquaintances with many prominent artistes like the singer K.

J. Yesudas and composer Ilayaraaja. Soon he had graduated from singing tracks for prominent singers and was becoming a singer sought after by many music directors.
He has sung over 500 songs in South Indian languages like Tamil, Telugu and Malayalam. In the early part of his career, he spent many years as a low-profile playback singer. The turning point in his career came when he sang the song Puthu Vellai Mazhai from Mani Ratnam's award winning 1992 Tamil film Roja, composed by A. R. Rahman. He has frequently associated with A. R. Rahman, lending his voice to nearly 25 memorable songs from films like Karuththamma (1994) and Minsaara Kanavu (1997.
In 2003, Unni Menon added a new dimension to his career when he acted and composed music for the Malayalam film Sthithi besides singing the songs in the film.