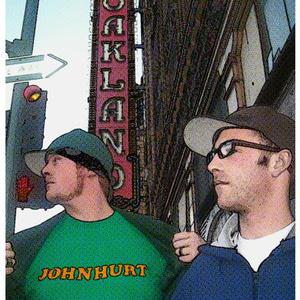 The explosive two-man army known as Unified School District hails from Oakland, CA. Comprised of dj/producer Ecto One and mc Super Ugly this powerhouse duo has been recording and making music together since 2000. Blending the old school with their treacherous, no holds barrred, gritty style has gained them a dedicated fan base who's ears bleed for that USD style throughout the Bay Area and across the country.

A master conductor to the Technics 1200's and a monster of the MPC, DJ Ecto One uses these skills and strong musical background to bring forth undying love for the blues, jazz and rock through his production. Ecto One has produced tracks for hip-hop heavyweights such as Pep Love (Hieroglyphics), and Sabac Red (Non Phixion), however his pounding sound is complimented best with the raw talent of his partner emcee Super Ugly. Butchering the beats with his cut-throat vocals and raw raps, Super Uglys union with Ecto One is nothing short of explosive. The two have been compared to great duos such as Gangstarr and the infamous Pete Rock and CL Smooth. Performing live with an eclectic group of greats such as: Zion-I, Ozomatli, Phife (A Tribe Called Quest), Sabac Red and Funkdoobiest has made Unified School District true veterans of the stage. USD's release Iron Giants brought the attention of Track Team/Fat Beats who took to release the groups latest 12 single "Think Hard" feat. Declaime. With their current LP "Brokedown palace", which features Prince Po, Sabac Red and Copywrite, is set to take them to the next level...Get Unified.