Uncle Leon and the Alibis 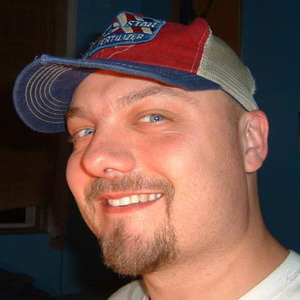 Fueled by a boozy mix of classic honky-tonk, high-energy garage-punk, and good old-fashioned filthy talk, Uncle Leon and the Alibis seem determined to drag modern ?Roots? music, kicking and screaming, back to the gritty back roads it grew up on. Longtime fans know them best for their songs about beer, big butts, and monster trucks?or for their accidental worldwide cult hit, ?Roller Derby Saved My Soul?.

Longtime fans know them best for their songs about beer, big butts, and monster trucks?or for their accidental worldwide cult hit, ?Roller Derby Saved My Soul?.

Despite the gloomy subject matter, the group's outlaw spirit and trademark twang continue to shine. And with titles like ?Whiskey and Weed and Big-Titted Women?, no one's going to be mistaking Uncle Leon for Leonard Cohen anytime soon. But beneath the Detroit-bred singer's bawdy exterior lurks some razor-sharp songwriting, backed by one of the most versatile and vivacious gangs of cowpunks to ever stumble their way onto a Brooklyn stage.

Previously, Uncle Leon and the Alibis have released two self-produced studio albums: Drunk and Roller Derby Saved My Soul, as well as the 2010 live album, That's My Shit! Uncle Leon also recorded a limited-edition vinyl single, ?The Bartender?, for Metropolicana Records in Scotland.

Two of the band's songs, ?Big Idea? and ?Drugstore Roses?, were featured in the independent feature film My Best Day, which debuted at the Sundance Film Festival in 2012.

Locally, they've had the pleasure of opening for several notable indie-roots characters, including The Legendary Shack Shakers, Joe Buck, and Eddie Spaghetti of the Supersuckers.

Uncle Leon and the Alibis are currently putting the finishing touches on Wild Ways and booking shows for the summer of 2012.