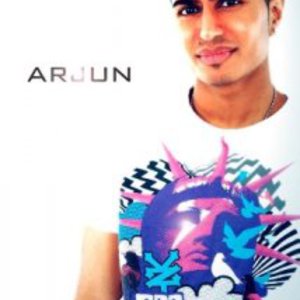 Arjun is a London-based singer, songwriter and producer. In 2010, he was hailed in 'The Independent' as one of the rising stars in the British Asian music scene, after creating a buzz with his debut single 'Remember Tonight'. In his short career, he has already supported US superstars such as Jagged Edge & Blackstreet, and has performed at numerous prestigious venues across the UK and South Asia, singing to crowds of over 30,000.

Arjun's tracks have gained substantial support from Radio DJ's around the world. In the UK his songs have received airplay on stations including BBC Radio 1, 1xtra and Asian Network. His videos have been aired extensively on UK Sky channels such as Kiss TV, Flava and Channel AKA, as well as a plethora of Asian channels around the world, including MTV India, B4U and Zee TV. These videos have simultaneously racked up hundreds of thousands of view on YouTube, resulting in a sizeable online following.

Arjun's latest single 'Vampire' follows up from the success of his second release 'Stargazer' (which reached #26 in the BBC Asian Download Chart). 'Vampire' is a contemporary R&B/Pop track with a dark, urban edge. The video was directed by acclaimed British director Ben Peters (N-Dubz, Skepta, Wiley). The track features upcoming British MC, Starz.