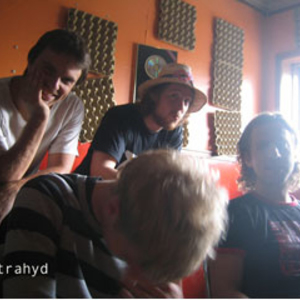 ''Ultralyd is Kjetil M?ster (The Core) on sax, Anders Hana (MoHa!) on guitar, Kjetil D. Brandsdal (Noxagt) on bass and Morten J. Olsen (MoHa!) on drums and vibraphone. This is their third album since the band was formed by legendary sax player Frode Gjerstad in 2004. Gjerstad left after their second album ?Chromosome Gun? (Load Records) to be replaced by M?ster. During two extensive European tours and several studio sessions Ultralyd's direction has slowly changed from a rather chaotic free rock approach towards composition and more structured forms of improvisation...

Taken from the Rune Grammofon site, for the upcoming 'Conditions For A Piece of Music'.

The fifth release and the third full-lenght album is expected the 17th of May 2007 on Rune Grammofon. It is titled ''Conditions for a Piece of Music''.