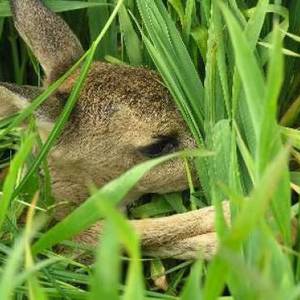 Ulf Lohmann's spacious experimental techno productions for the Kompakt label help establish the notion that the Cologne, Germany, label is just as diverse with its range in sounds as any other independent out in the plugged market. Like other Kompakt staples Olaf Dettinger and Markus Guentner, Lohmann tends to favor atmosphere over rhythm, keeping everything accessible, adhering to his label's love for the simple joy of pop. Lohmann's first release was the Because EP, released in March of 2001; his first full-length CD, Because/Before, was released later in the year.

Following Dettinger, Jonas Bering, Reinhard Voigt, and Guentner, he was the fifth producer to release a single-artist LP on Kompakt.