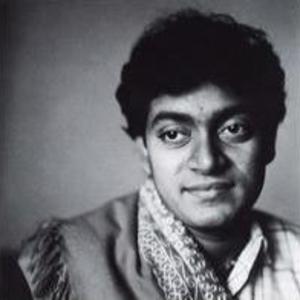 Shrinivas was born in Palakol in West Godavari district in Andhra Pradesh on February 28, 1969. As a very young boy Shrinivas was a normal child in school except that he seemed to have an ear for music. Then one day, when he was only six years old, his parents came home to find him playing on his father's mandolin. Inspired by the boy's interest in music, Satyanarayana taught his son what little music he knew, and Shrinivas began playing Carnatic music on the mandolin.

Shrinivas got his first big break in Gudivada in the Krishna district of Andhra Pradesh, at the age of nine during the Sri Thyagaraja Aradhana festival.

Thereafter his career surged ahead. The Indian Fine Arts Society in Madras afforded him the first major metropolitan concert during the musical festival in Dec 1981. Shrinivas soon felled all before him like a hurricane, as sabha after sabha vied with each other to present this prodigy with the mandolin - an unheard of phenomenon in the halls of Carnatic music. A worldwide concert tour followed.

At the West Berlin Jazz Festival in 1983, he was privileged to give a repeat performance of his mandolin, which was telecast live by German TV. At the invitation of the Sydney Tamil Sangham, he went to Australia in 1984, and then to South East and South West Asia, the USA and Canada. At the Festival of India in Paris, he was allotted one hour to play on the instrument. But when the hour ended, the audience forced the organizers to extend his recital by another hour. Such is the irresistible pull of Shrinivas' art. Leading organizations vied with each other to shower him with honors and titles. In 1983, the Music Academy, Madras, honored him with the "Special TTK Award"