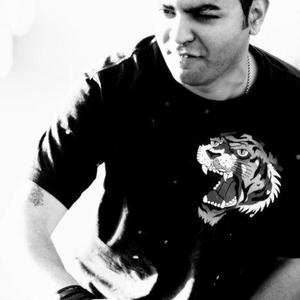 As a dedicated psychedelic artist U-Recken has managed through the years to capture the essence of psy music with structures, stories and melodies that touched thousands of ppl among us. With weekly performances around the globe, this powerful shaman is currently working on his next studio album to be released in 2010. Along with a very special collaboration album featuring some of the biggest names in the psychedelic scenes.

You can expect a long internal voyage which only U-Recken can provide, carrying you with his rhythmic stability and various percussive sounds woven with challenging psychedelic harmonies. U-Recken takes psy trance to its right place as intelligent music which uses the base and rhythm as a carrier for the message of light love and Eternal freedom of thought.
Yaniv Ben-Ari got into trance music in 1998, when he was 20 years old. He was born in Haifa, Israel, and was playing in rock bands since he was 14. Soon after that he was working as a music producer and sound engineer in recording studios in Israel. Yaniv also worked as a sound engineer at theater plays in New York and Great Britain. The long exposure to music drove him to start DJ-ing and organizing trance parties. After a while he realised that playing his own music was much more fun, so he started to write music, which was soon appreciated by Doof Records. His musical style has developed from harsh dark banging full on trance into a more melodical (yet still pumping) form of psytrance, which made Doof records decide to invite him into the rising Dooflex project.