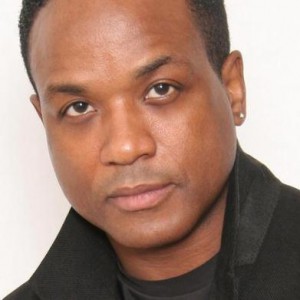 Mellifluous, enticing, passionate and dexterous - these are superlatives most certainly appropriate for defining the style and sound of acclaimed singer/songwriter/producer, TY CAUSEY Talented and prolific are best in describing who he is. All combined the result unveils an artist much like the ones he counts as influences such Donny Hathaway, Marvin Gaye, Peabo Bryson, Glenn Jones and Jonathan Butler - A sound that recalls the storied crooners of the past, but with a present day sheen that boasts a collage of soul, jazz and R&B.

His brand of sensual soul and smooth R&B is winning over a growing number of fans and industry insiders alike on the strength of his acclaimed CDs and live performances causing many to place him amongst the elite vocalists on the scene today.

A series of fateful connections brought the Fort Wayne, Indiana native to the attention of noted contemporary jazz saxophonist, Najee. So impressed with a demo of his, Najee quickly invited him to work on his next project, the 1998 Verve Records release, MORNING TENDERNESS. Causey would not only be a featured vocalist on the recording, co-writing several of it's tracks, but he would also fill that spot on the subsequent worldwide tour which had him sharing the stage with other artists such as Pieces Of A Dream, Norman Brown and more. This great opportunity introduced him to a number of eventual fans of his style and sound. Fueled by the enthusiastic response received on the tour Causey returned home and began writing, releasing a few EPs before ultimately crafting his aptly titled full-length debut, N-TYSING in 2004. The winning collection that featured guest spots from saxophonist Najee drew enthusiastic reviews and found its way to the play-lists of radio programs in both the U.S and abroad including the UK, Japan and Germany. The resulting exposure gave notice to an engaging new voice on the music scene moving many to include N-TYSING on several ?best of? lists that year.

Causey released four more acclaimed projects including LOVE NOTES in 2005 and the breakout EXPRESSIONS in 2007, a top selling Urban/R&B: Smooth Soul album on CDBaby.com that helped to garner him yet another Male Vocalist of Year nomination, his fourth, from revered music resource, Soultracks.com. In their review of the release they proclaimed, ?Ty Causey has taken a strong, creative turn on Expressions that should provide ample material for both smooth jazz and UAC radio to highlight for some time. It should also accelerate his growth as one of the most enjoyable adult soul singers around.? The popular SmoothJazz.com also wrote, ?Causey is an extraordinarily talented producer/singer/songwriter who has got to be one of the brightest new stars of the smooth jazz, R&B, and sensual soul genres . . . EXPRESSIONS is the album that should move Mr. Causey right to the top of the pack, where he certainly belongs.?

Causey followed that up in 2009 with, TRUE LOVE IN MOTION, a solid collection, consistent with his others receiving impressive reviews like that from Indiana magazine, Frost Illustrated, that raved, ?With each record, Causey just keeps getting better and better at what he does. He's really hit stride on this record, his already great voice maturing and him using it to explore even more emotional nooks and crannies in his writing and production.?

His latest, DOWN 2 EARTH released 2010, picks up where TRUE LOVE IN MOTION left off, displaying his great growth into an accomplished producer and songwriter serving to showcase even more one of the most engaging voices on the scene today. Upon its release DOWN 2 EARTH is a top seller in the Smooth Jazz and Quiet Storm categories on CDBaby.com. It also has encouraged another nomination for Male Vocalist of the Year and the track, ?Rocket To The Moon?, a Song of the Year nomination in the 2010 SOULTRACKS READERS CHOICE AWARDS. Mark Gentry, of Soul Heaven Starpoint radio in the UK raves, ?Ty delivers his best album yet and deserves worldwide recognition for staying with a winning formula. This is 21st century soul at its best and the CD is full of grooves to make you feel good.? Denis Poole, note soul and smooth jazz journalist agrees saying, ?Down II Earth' is a fabulous body of work that displays the way in which Causey is evolving, not only as a vocalist but also as an accomplished producer and songwriter. With one of the most engaging voices on the scene today Causey really is one to watch.?

Cool In My Skin