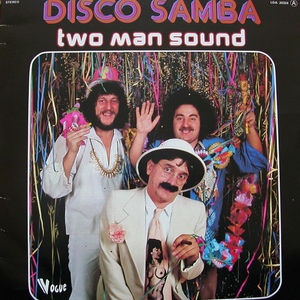 Two Man Sound from Belgium were active from 1972 until 1981 are known for "Qu? Tal America," their international underground disco anthem of 1979. The 12" story seems to be that this was first released on the Canadian Attic label in 1978 - a different version to the US version released the following year - which was also repressed in 1981. Possibly one of the best basslines of any disco track ever.