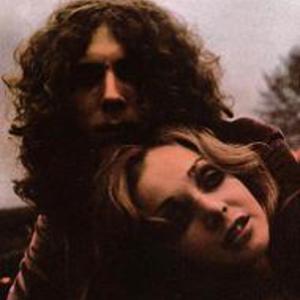 There are 2 artists with the name Twink: 1. The alias of an English drummer, singer and song writer John Charles Alder 2. The toy piano band project by Mike Langie. 1. John Charles Alder (born 29 November 1944), better known as Twink, is an English drummer, singer and song writer who was a central figure in the English psychedelic movement, and an actor. Alder was born in Colchester, Essex, England, into a musical family. His father's mother was a concert pianist and soloist. Alder has said he was always interested in music as a child.

1. John Charles Alder (born 29 November 1944), better known as Twink, is an English drummer, singer and song writer who was a central figure in the English psychedelic movement, and an actor.

Alder was born in Colchester, Essex, England, into a musical family. His father's mother was a concert pianist and soloist. Alder has said he was always interested in music as a child.

The Fairies:
Alder's career began in 1963 as a member of a rhythm and blues band from Colchester called Dane Stephens and the Deep Beats. After a year, the band changed its name to The Fairies.
The Fairies were sent gifts and Alder, having long curly hair, regularly received bottles of Twink brand home perm lotion. It was at this time that he adopted 'Twink' as his stage name.
In 1964 The Fairies recorded the single "Don't Think Twice It's Alright" for the Decca Records label. In 1965 they recorded two singles, "Don't Mind" and "Get Yourself Home", for HMV.
The band split at some date before 1967.

The In-Crowd and Tomorrow:
In 1965 Twink moved to London and lived in Chelsea. When The Fairies came to a halt, he joined a rhythm and blues/soul music band called The In-Crowd after its previous drummer had left the band. Other members were Steve Howe (guitar) and Keith West.
A few months later the band was renamed Tomorrow. The success of West's solo recording Excerpt From A Teenage Opera resulted in the band breaking up.
In Joe Boyd's book White Bicycles he cites a Tomorrow show at UFO Club and, in particular, Twink's performance, as the zenith of 60's pop culture.

The Pretty Things:
Twink replaced Skip Allen in The Pretty Things and participated in the making of the album S.F. Sorrow. He was also a member of this group when they appeared in the Norman Wisdom film, 'What's Good For The Goose'. He became noted for outrageous behaviour, such as climbing the speaker stacks and diving into the audience when the band performed at a free open-air concert in London's Hyde Park.

Think Pink:
He recorded his first solo album, Think Pink, with The Deviants, including Mick Farren (who produced the album), Paul Rudolph who played guitar, as well as Steve Peregrin Took.

The Pink Fairies:
Twink was with the Pink Fairies at Glastonbury Fayre in 1971
The line up of The Pink Fairies (Mark 1) featured Think Pink musicians Twink, Took and Farren, and was named after the Pink Fairies Rock 'n' Roll Club, a loose group of people including Took, Farren, The Deviants, Syd Barrett (still at the time in Pink Floyd). They were resident in Ladbroke Grove, the home of the UK Underground.
Pink Fairies (Mark 2) was formed with Twink and former Deviants (but without Mick Farren). He left The Pink Fairies in 1971 (although he would periodically return) and after a spell in Morocco moved to Cambridge where he played with Syd Barrett, in Stars, after which he moved back to London.
In 1987 he rejoined The Pink Fairies for a reunion tour.

Stars:
Early in 1972 Twink played in the short lived trio Stars with Syd Barrett and bassist Jack Monck. Stars played a handful of shows which were well received. However, Syd, fragile mentally, quit after reading a negative review by Roy Hollingworth in Melody Maker.

The Rings and punk:
Following an injury sustained in a car crash, he worked as a vocalist with The Rings in early 1977, releasing one of the first Punk rock singles I Wanna Be Free. Other members included Alan Lee Shaw and Rod Latter of The Adverts. I Wanna Be Free featured on the Long Shots, Dead Certs And Odds On Favourites (Chiswick Chartbusters Volume Two) Compilation album (1978: Chiswick Records).
Twink coined the term Acid Punk to describe his music and went on to release an EP Do It '77 in 1978 that included a song Psychedelic Punkeroo about Syd Barrett.[4]

1980s-present:
In 1986 he released a solo single "Apocalipstic", which inaugurated his new, self-titled record label.
During the 1987 Pink Fairies reunion tour Twink met members of Plasticland which resulted in the collaboration You Need a Fairy Godmother, released in 1989 on Midnight Records.
In 1990 Twink released his second solo album, Mr Rainbow.

2. Twink is the toy piano band of Mike Langlie, an artist and musician living near Boston, MA. One day Mike found an old toy piano in a thrift store and fell in love with its charming, off-kilter tones. Soon more little pianos followed him home and a fun new music project was born.

The press describes Twink as "cartoon pop," "toytronica" and "an audio candyland." Twink has been used in programs on networks such as MTV, Nickelodeon and Comedy Central.

Twink The Real Me

The Surprise of Love