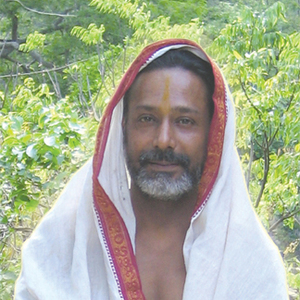 Cave of the Siddhars is the sacred transmission of powerful and potent mantras and meditative energies that have been passed down through an ancient lineage of enlightened Sages, the Siddhars of South India. Accompanied by the didgeridoo, harp, singing bowls, djembe, udu, gongs, flute and other instruments, each track of Turiya Nada 's "Cave of the Siddhars" will take you on a mystical spiritual journey that will both delight and transform you!

These enlightened yogis journey beyond the limitations of the mind and body. They are in the state of higher consciousness that is beyond sleep, dream and wake. It is this divine state called Turiya, a state of absolute union with Oneness that they sing and chant and dance in the higher resonance with sublime bliss.

The vocal chants are performed by Nandhi who was initiated into this secretive depth of the ancient light by his guru, Ayya, who had been meditating for 18 years in his cave in Thiruvannamalai.

The last track of the album ?The Cave of the Siddhars, brings one into the heart cave where the blissful presence of the eternal divine beings are invoked.

The mystical didgeridoo played by Cofe builds the fire within the music and chants. The primal vibration heals the mind and body. Cofe was initiated as a didgeridoo master in Himalayas through mantras of the sacred breath.

Cave of the Siddhars