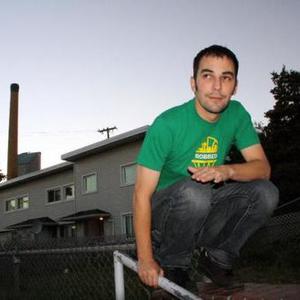 Tulsi is an independent hip hop artist based in Seattle. He wrote his first song at age 12 while under the influence of golden-age icons (such as Public Enemy, Beastie Boys, NWA) and has never looked back. He performed his first set at age fourteen in Spokane working to hone an authentic voice over the years that doesn't preach but strives for a meaningful comment on the complexity of the human experience from his point of view.

Tulsi seems to be seriously prolific, releasing his 3rd album, Cold Smoke, (at Seattle's famed Crocodile) in the past five years. If you haven't listened to Tulsi yet you're in for some great sonic moments when you find Fresh Points on Life (2006) and Waterflow (2007). Tulsi loves to honor hip hop history while saying what needs to be said now. Rocking to the the beats of Confidence, Blake 9 and Mallard ? he performs with a DJ, Modul8r (or DJ Able if Modul8r can't make it). A storyteller, the lyrics take you on a journey, each song with a destination translated from the Sanskrit of Tulsi's take on the why, who, how, when and where of it all.

In the past five years Tulsi has rocked over 150 shows including X Games 16 and two West Coast tours. He keeps surprising himself and his fans with passionate performances, finding a knack for vocal clarity, projection and a love for getting it out there live. Add that to innovative beats and lyrics that flow like the Puget Sound rain and you've got Tulsi.

You'll hear his 4 year old son Tre on the final cut of Cold Smoke. Tulsi works a day job, supporting his boy and his music, hoping one day to be able to have even more time to mine the veins of his convoluted brain.

The Stranger "An ultracompetent MC...Tulsi gracefully harks back to Del tha Funkee Homosapien and other gilded-age West Coast rappers..."