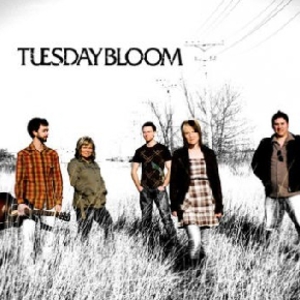 Tuesday Bloom is an emerging rock band from Winnipeg, Canada that began as a duo in 2005 with guitarist Adrian Besaw and vocalist Marie Cormier Brunet. Spending most of their time writing and performing locally, they got to the point where they felt becoming a full band would bring their music to the next level. Drummer Andr? Brunet and bassist Josh Gervais joined the band soon after and solo artist Janelle Krebs completed the line up.

In January of 2008, they teamed up with producer Adrian Bradford to record their debut album. ?It was an amazing experience, being able to develop our music and work towards a quality of sound and depth that we are truly proud of.? says Marie.

Their music is a mix of energetic rock and stirring melodies with lyrics that speak to the heart. The band's Catholic faith is a major influence on their music, which hopes to inspire all who listen. On stage, the band impacts their audience with energy and depth, performing original songs as well as leading their audience to prayer through praise and worship rock music.