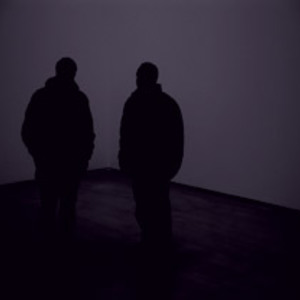 TU M' was a multimedia duo from Citt? Sant'Angelo (Pescara, Italy); formed by Rossano Polidoro and Emiliano Romanelli in 1998; they worked until 2011 in the fields of electronic music, video art, photography and graphic design. Through a personal use of digital and analog instruments, the TU M' revealed a complex universe made up of present and past, closeness and distance, where seeing and listening became a meditative contemplation.

Through a personal use of digital and analog instruments, the TU M' revealed a complex universe made up of present and past, closeness and distance, where seeing and listening became a meditative contemplation.

In 2002 they set up and managed for three years their web project ? Tu M'p3 Soundtracks For Images ? a research on the possible relationships between music and image in various cultural contexts. Over 180 musicians and composers from every corner of the world were invited to produce an unedited soundtrack to a series of digital postcards made by TU M' themselves. The archive contained 230 freely downloadable mp3s, totalling nearly 12 hours of music.

From 2003 to 2009 they managed the recording label ? Mr Mutt ? where they documented the work of international composers and ensembles which explored the various shades of electronic music.

From 2003 to 2011 they ran the obscure formation ? MMO ? Magical Mystery Orchestra; and the musical ensemble ? Steno ? along with the German artist and musician Frank Metzger. In it they explored a personal world made up of second-hand music.

Since 2008 and until 2011 they have been working on their project ? Monochromes ? a collection of modular audio and video compositions for electronic chamber ensemble. Fragile atmospheric colours made of sound, light, space. The first volume of compositions was released by Line (USA) and was voted among the 15 best releases of 2009 in the area of electronic music by The Wire magazine.