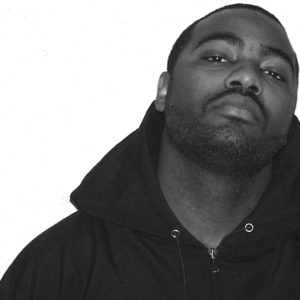 6'4?, 230 lbs, one time college basketball star and college alumni, doesn't look like the typical emcee stats but indeed, these are a portion of the attributes of the great emcee TrueBlessons. Welcome TrueBlessons, in short TrueBLESS (and sometimes Bless), which means ?Truth Be The Lessons ? of life,? New Jersey native, Maryland resident who is not your average rap artist. TrueBLESS, a graduate of Delaware State University grew up hard in Lakewood, NJ where he suffered from mild poverty...

Welcome TrueBlessons, in short TrueBLESS (and sometimes Bless), which means ?Truth Be The Lessons ? of life,? New Jersey native, Maryland resident who is not your average rap artist. TrueBLESS, a graduate of Delaware State University grew up hard in Lakewood, NJ where he suffered from mild poverty, the loss of his mother at a young age and typical issues of a broken home prior ? all in which were motivation enough for him to strive for excellence not only with his craft at emceeing, but in life in general.

Bless first realized his passion for music at 21, and hit the ground running in pursuit of musical success. At first listen, it may be challenging to hear the prominent influences in which TrueBLESS constructs his style, but the message is clear ? consciousness. BLESS' mission in the rap game is simply to promote love, peace and to challenge the younger generation to look within themselves for the gift that they possess, and use that gift to bring about change throughout the world. But don't stamp him soft, as he delivers these messages with fire lyrics and with a Godly grace that would be best described as a rap-version of the honorable Malcolm X ? just one of his many influences. BLESS is also a fan of Marcus Garvey, KRS-ONE, Public Enemy, Jay Z and Common, all who also were very significant in the creation of the three-dimensional style that Bless presents. Some may find it strange that Malcolm X and Marcus Garvey are listed next to some of hip-hop's greatest emcees, but according to BLESS, ??hip-hop wouldn't be nothing without Malcolm X and Marcus Garvey, much of the earlier forms of the hip-hop culture was based on black pride, black struggle, all in which led up to the great groups like Boogie Down Production and Public Enemy.'

Greatness is the ultimate goal for Bless, to simply excel beyond limits within everything he does ? and lyrically he does that with every song he writes. His lyrics are structured and delivered where any age group can comprehend the attached message. Bless reads various books on a consistent basis and his lyrics are proof that he sponges in the majority of what he reads. Outside of rhyming and constructing great songs, BLESS owns a mentoring program dedicated to uplifting young black males in low income areas of society. ?It is vital that my music speak the truth, speak what's real, as I have too many young black males who look up to me for guidance and to rhyme something off-the-wall would be insane,? Bless states.

Bless is definitely not your ordinary emcee, nor does he present himself in an ordinary way ? he believes in order to be great, you must present yourself as such, so when you listen, expect something unique. He is the best, strives to continue to be the best ? and has respect for the best that's done it before him, thus the making of a new king. If your rotation consists of KRS-One, Common, Dead Prez, Jay Z or Killa Priest, then Bless should fit right in on your next mix.