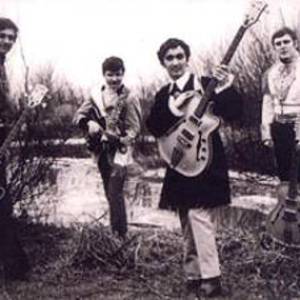 Reformed band began touring heavily building a completely new repertoire that eventually led them to the string of chart-topping singles in late-1967 and early-1968. Przyjedz mamo na przysiege song was big success at the national song festival in Opole.

Trubadurzy weren't good enough musicians to create a sophisticated record. Instead, they stoke on their outstanding vocal harmonies and eventually made it big with pure musicianship without any publicity or image hype. Their songs, mostly penned by Poznakowski, were based on Polish and Russian folklore. Use of Russian musical traditions made them ?the most Russian of all Polish bands'.

Recorded their debut album within one day of February the 3rd, 1968, as a four-piece: Poznakowski (keyboards, vocals), Krawczyk (guitar, vocals), Kowalewski (bass, vocals) and Lichtman (drums, vocals). This album, as well as the next, certainly belong to their finest musical achievements.

Having completed a two-month tour of USSR and Mongolia (!) in late 1969, Trubadurzy parted company with Poznakowski and brought in female singer Halina Zytkowiak instead. This line-up released two LPs, both being admirable in some ways, but undoubtedly weaker than first two.

Toured Czechoslovakia, Eastern Germany, Bulgaria, USSR and Belgium in 1970-72. Appeared at The National song festival in June 1972, again with Poznakowski, to present Bedziesz Ty ('You Will') ? their last big hit. Summer of 1972 brought further personnel change with departure of Zytkowiak and Krawczyk. In came Maria Gluchowska (vocals, ex. ABC) and Janusz Hryniewicz (guitar). The latter left for an early version of SBB band shortly after. New drummer Jan Izbinski (ex. Breakout) came in 1974.

Trubadurzy were presented a Gold LP for their second album in late 1974. Zytkowiak, Krawczyk and Pozniakowski guested at the special concert celebrating the event, but generally band's days ended.

Kowalewski, Poznakowski, Lichtman and Piotr Kuzniak (guitar, vocals) resurrected Trubadurzy once again in 1994 for occasional gigging across the homeland.