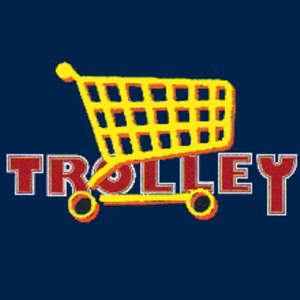 Trolley is a one man project, from Leeds (UK) and has been in existence since 2000. To date (2009) there have been 3 full length albums released, plus two remix compilations (referred to by the artist as "Companion Albums"). They specialise in a quite distinctive style of off-kilter electronic dance, which takes in numerous other musical genres along the way - often within the space of a single song.

Music types such as Thrash Metal, Dub reggae and hardhouse have previously been knitted together making for a sometimes overwhelming aural assault, yet can sometimes surprise the listener by switching from genre to genre without sounding haphazard or disjointed. Trolley's music is for the most part, instrumental - Occassionally bringing in sampled snatches of vocal.
The most recent album "Very Plath" showed Trolley refining their sound to a more serious tone than they had used previously, and was generally very well recieved.
A new, 4th full length album (Rumoured to be titled, "The Remedial Set") is currently underway, with a projected release date of March 2010 - and according to Sayers, will take Trolley in a significantly new direction, describing the music as "Quite, quite ominous and dark - That excites me".