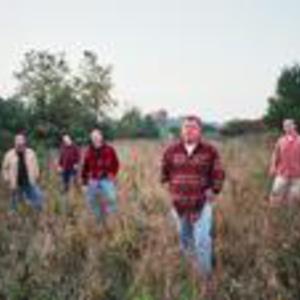 MICHAEL CRITTENDEN & TROLL FOR TROUT When not waist deep in a trout stream, Michael Crittenden and Troll for Trout perform regularly thoughout the mid west. "The great outdoors and songwriting have been a great combination for me" says Crittenden. It seems that many of the original concepts from Michael's songs were formulated while spending time amongst his native Michigan's rivers, lakes or forests. "I like to celebrate the moods and wonders of nature as they relate to everyday life". Crittenden is the founding member and chief songwriter of Troll for Trout which was formed in 1993.

Michael's songs have been heard on dozens of radio stations across the country as well as on MTV, ABC and PAXnet television.

A graduate of the Berklee College of Music in Boston, MA, Michael has performed most of his life. He has shared the stage with the likes of John McVey, Shawn Mullins, Jonatha Brooke, Hootie & the Blowfish, The Doobie Brothers, Peter Frampton, Tom Prasada-Rao, The Catherine Wheel, Belly, Brian VanderArk, George Thorogood, and Kenny Wayne Shepard among others. In addition to writing and performing, Michael is the owner of The Mackinaw Harvest Music Group, Inc, recording studios, rehearsal spaces, and a record label/publishing company located in Grand Rapids, Michigan, and works with numerous other artists as a producer, promoter and publisher.

After the success of four full length CDs with Troll for Trout, "Live at One Trick Pony" is Crittenden's first solo effort. "I've been playing this club solo now for about 4 years, and every time it seems more magical" says Crittenden. "I wanted to see if we could capture some of that on a record."