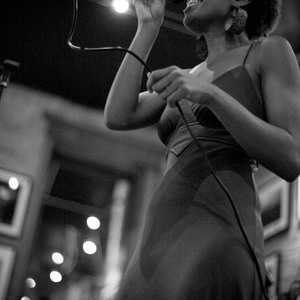 Born in the city of Chicago, which is known for its blues legends, the ?magnificent mile? and its remarkable skyline, Trizonna McClendon personifies the soul that surrounds this so called 2nd city. Inspired by a multitude of artists (ranging from Stevie Wonder, Diana Ross, MC Lyte, and even the smooth grooves of Michael Franks) Trizonna has developed her own sound that she simply refers to as ?my soul?. Never one to abandon quality lyrics, Trizonna's musical style can best be described as a mixture of the sexy maturity of Sade and the thought inducing playfulness of Jill Scott.

One could say that Trizonna was born with music in her bones because it has always been a part of her life. Trizonna's father, a former musician, shared a wide variety of music with her throughout childhood, which made a deep and diverse musical foundation. As a teen Trizonna moved with her mother to Oakland, California were she joined the Castlemont Castleers, a high school choir that several members of the funk/soul band Tony Toni Tone were once a part of. During that period she toured with the Castleers throughout northern California and the Midwest, but after 3 short years she returned home to Chicago. Unfortunately, trying times followed, so she spent the next several years down-playing her God given gift. It wasn't until she was encouraged to sing at a friend's wedding did she realize that music would be her contribution to the world.

The days of doubt are over and Trizonna is more confident than she's ever been about sharing her gift with all who will listen. Not only is this soulful sista a very refreshing addition to an unapologetic contrived society, she also brings an original sound that we all yearn for. Born to sing may have been an album title made popular during the early 90's by a group of well-respected divas, but if there were a metaphor to this title it would read Trizonna McClendon.